The new reports provide a more precise breakdown of a person’s ethnic makeup. The company developed a new algorithm that analyzes longer segments of genetic information, and in combination with its growing database of customers, Ancestry has a more comprehensive reference panel that allows them a better understanding of genetic diversity. 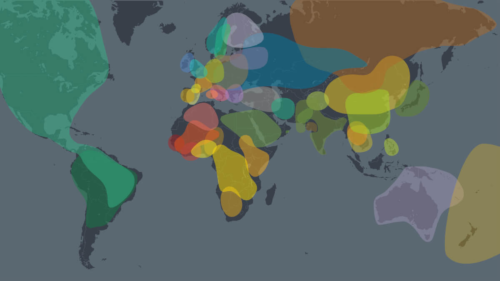 If you already paid for a test and got your results, they will be updated free of charge.

DNA testing kits have become hugely popular in recent years, thanks to the ease of the process and relatively inexpensive cost. (It’s about $99 to do a test, and all that’s required is a saliva sample.)

Some customers have reported their results changing with Ancestry’s new system. Specifically, if they had a small percentage of a surprising ethnic makeup in their original test results, say 5 percent, that number could disappear altogether in the new results.

"As the science progresses, we're going to get more precise results, which means some of those what we called before low-confidence regions go away," said Barry Starr, director of scientific communications, in an interview with CBC.

DNA testing in general has been under scrutiny recently, most recently with Senator Elizabeth Warren, who took a test to prove she had Native American genes. Her test showed that several generations ago she did have a Native American ancestor. But as Vox points out, DNA tests don’t tell you where each member of your family lived going back generations; it tells you which genes you ended up inheriting. In other words, you might get half your DNA from Dad and the other half from Mom, but you don’t know if you inherited any genes from the Italian side of your Mom’s family, for instance, so genetic testing to find out your heritage isn’t the most reliable.

Another sticky point for DNA testing: the samples aren’t representative of all populations. Because most customers are of European descent, there’s not much comparison to say African or Native American genes, despite their wide geographic and ethnic diversity.

This is a step forward for DNA testing, but there is a lot more to be done in terms of truly understanding our genetic history. For more on this service you can read our AncestryDNA review.

We have 91 guests and no members online

UPrinting
0.5
JV Jasdi Vegan
" STAY AWAY FROM THIS BUSINESS. ME ON YOUR FEET..."
EzContacts
1.2
TK Tyson Kennemer
" They won't exchange defective product that they send you..."
AncestryDNA
0.5
C ceedubbya62
" Bought this kit, had it sent and ATTEMPTED to..."