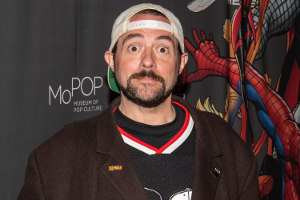 Kevin Smith, Hollywood writer, producer and actor (his credits include Clerks and his most famous character creation - the iconic Silent Bob), has joined Weight Watchers as an ambassador. Smith follows other celebrity spokespeople for the weight loss giant, including Oprah Winfrey and DJ Khaled.

During an appearance on NBC’s Today Show, Smith revealed that he had become a Weight Watchers ambassador after a life-changing health event: he’d suffered a “widow-maker” heart attack in February at only 47 years old. This type of heart attack was caused by a complete blockage of his left anterior descending artery, according to his doctor. His father died of a heart attack at 67.

“Honestly, the heart attack was the best thing that ever happened to me,” Smith said.

Smith has talked openly about the experience, about how he didn’t feel like he was having a heart attack at the time. He also shared his fear of surgery on Facebook, and how facing this crisis allowed him to reflect on his own happiness.

"I was filled with a sense of calm," he said in his post. "I've had a great life: loved by parents who raised me to become the individual I am. I've had a weird, wonderful career in all sorts of media, amazing friends, the best wife in the world and an incredible daughter who made me a Dad. But as I stared into the infinite, I realized I was relatively content."

Smith had first become a vegetarian before making the move to join Weight Watchers following his heart attack. 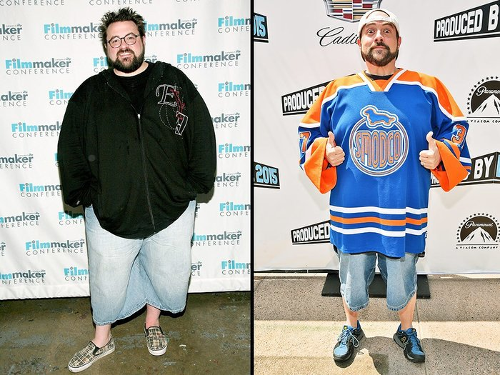 Kevin Smith Before and After Heart Attack

Smith told Today show host Samantha Guthrie that he plans to lose an additional twenty-five pounds in addition to the thirty-two he’s already lost. His doctor asked him to lose fifty pounds to get back on track. He will be keeping track of his weight loss journey via his website and social media.

Weight Watchers has bounced back in recent years from a struggling enterprise to a once-again relevant player in the weight loss industry. In addition to the big-name celebrity ambassadors, CEO Mindy Grossman has turned the company around with innovation, including the new more flexible points system and ramping up app services. The old program used to include meetings and in-person check-ins, which didn’t fit well into many busy lifestyles. Now, people can join Weight Watchers and check in with coaches via the app.

However, the company has also faced controversy recently with its implementation of a teen Weight Watchers program, as well as Oprah Winfrey selling a percentage of her share in the company.

Still, Weight Watchers continues to move forward in the industry and attract new customers with innovative approaches to weight loss. We’ll see what they do next.

We have 72 guests and no members online