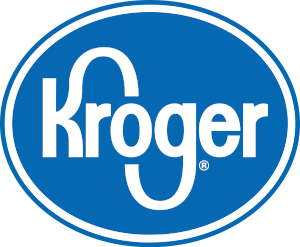 Kroger agreed to pay an initial $200 million for the company, potentially offering up to $500 million over a five-year period should specific company milestones be met, according to Business Insider. The big grocer intends to sell the meal kits in its grocery stores as well as online.

When Kroger’s acquisition of Home Chef was announced, investors once again got excited about the financial potential of meal kit services, because the move could be a sign that another big player is eyeing a meal kit company acquisition. In February, Blue Apron got a 7% bump when an analyst wrote that Walmart would be a “logical buyer.” According to Bloomberg, Blue Apron’s stock has lost 70% of its value since it launched almost a year ago.

While Home Chef has done well by the acquisition, Blue Apron has been struggling since last year’s IPO, which turned out to be bad timing. Just prior to its stock offering, Amazon announced that it would enter the meal kit delivery service space, offering meal kits on demand instead of requiring customers to commit to a more expensive subscription service. Plus, Blue Apron moved its distribution center to a new facility in New Jersey, which has been plagued with problems. As a result, Blue Apron’s stock took a dive, and has struggled to regain momentum ever since.

The meal kit industry as a whole has been changing rapidly. Customers are gravitating to companies that offer more flexibility than an online subscription service, so they’ve had to think outside of traditional distribution models. Chef’d recently partnered with Byte Foods to provide its meal kits in vending machines across the Bay area, including inside of large companies like Tesla where people could grab a kit on the way out the door. Other meal kit services are starting to offer single meal plans available in new ways, like grab-and-go boxes in grocery stores.

Big grocers and other large corporations entering into the meal kit industry have affected distribution models as well. In 2017, Albertson’s purchased meal kit service Plated to offer kits online and in stores. In March, Walmart debuted its own meal kit offering, and Blue Apron announced it would sell its kits in stores. In addition to distributing kits via vending machines, Chef’d partnered with Smithfield Foods to bring its kits to Costco and Gelson’s Markets, among others.

We have 75 guests and no members online